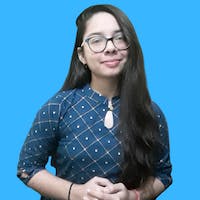 Subscribe to my newsletter and never miss my upcoming articles

Have you ever tried to click photos with your camera in the laptop, of course, you did, but here is a twist, we will click the photo in a Docker container, many of you may be wondering how you can do that? Well, let me get started with this interesting thing.

Firstly, here are some of the prerequisites you should have on your laptop:

And, some of the python libraries, that we will discuss later.

So, are you excited!! I hope you are. Let’s get started:

Here, for this tutorial, I will be using RHEL (Redhat Enterprise Linux), which is a Linux distribution. So, to use docker in the RHEL system, we first have to install it by the following command:

Now moving on to the main part of this task, i.e. launching a docker container in RHEL.

Woah, that’s a big line, don’t be afraid, I will break down each keyword to you:

To keep STDIN open even if not attached.

Publish a container’s port(s) to the host.

Give extended privileges to this container.

A display is managed by a server program, known as an X server. The server serves displaying capabilities to other programs that connect to it. The remote server knows where it has to redirect the X network traffic via the definition of the DISPLAY environment variable which generally points to an X Display server located on your local computer.

Assign a name to the container.

At last, there is “centos:latest” which is the image I am using to deploy my docker container.

The /etc/ssh/sshd_config file is the system-wide configuration file for OpenSSH which allows you to set options that modify the operation of the daemon. This file contains keyword-value pairs, one per line, with keywords being case insensitive.

To run graphical applications we have used, X11Forwarding yes.

The /etc/machine-id file contains the unique machine ID of the local system that is set during installation or boot.

To set the environmental flag to force Qt to show properly.

Qt is a free and open-source widget toolkit for creating graphical user interfaces as well as cross-platform applications that run on various software and hardware platforms such as Linux, Windows.

It is used to create the repository so that we can install the required Softwares later.

To run GUI applications as the root.

Finally, write a program to click the photo in your docker container.

Line 1 is used to make the python file executable.

Line 2 is used to execute the code.

So, that is the end of the task, I hope you learned a lot in this.